We strengthen our community by connecting people to their potential, purpose and each other.

The Y is a nonprofit organization whose mission is to put Christian principles into practice through programs that build healthy spirit, mind and body for all.

We envision a future in which all people achieve health, gain confidence, make connections and feel secure at every stage of life. The Y’s commitment to America is developing new generations of change makers who will create the communities we all want to live in.

Guided by our core values of caring, honesty, respect and responsibility, the Y is dedicated to giving people of all ages, backgrounds and walks of life the opportunity to reach their full potential with dignity.

We are an organization like no other. The YMCA is the leading nonprofit committed to strengthening community by empowering young people, improving the health and well-being of people of all ages and inspiring action in and across communities. 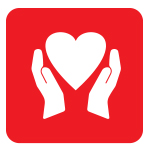 To put others before yourself, to love others, to be sensitive to the well-being of others, to help others. 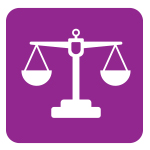 To tell the truth, to act in such a way that you are worthy of trust, to have integrity, to make sure your choices match up with your values.

To treat others as you would have them treat you, to value the worth of every person including yourself, to be cordial even if you disagree with someone. 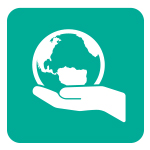 To do what you should, to do what is right, to be accountable for your behavior and obligations.

In 1891, about half a century after the world’s first Young Men’s Christian Association was born in London, England, “for the betterment of the human condition,” a YMCA came into being in Wausau, Wisconsin. C.J. Winton served as its President, and a group of boys would have their Y meetings in Winton’s home.

Two years later, a lot was purchased for $2,500 at the northwest corner of Scott and Fourth Streets. Generous citizens soon contributed $10,000, and Wausau’s first Y building was completed in 1893. At the end of its first year, the new YMCA had 267 members.

Soon after the turn of the 20th century, it became clear that the Wausau Y was outgrowing its first building. In 1907, a lot at the Y’s present site on Grant and Third Streets was purchased, and with a fund-raising campaign, a red brick building was built with $56,000. Property to the north was then purchased and two tennis courts were constructed there. Land directly east of the Y was later donated to the city by C.C. Yawkey, and to this day the adjacent Yawkey Park enhances the beauty and value of the Woodson YMCA.

By the late 1950s, the red brick building was bursting at its seams, and plans were developed to build a far bigger and better facility at the same location. With the generosity of the Woodson Foundation and the enthusiastic support of Wausau citizens, the necessary funds were raised and the building project began in 1962.

Another landmark in the YMCA journey was reached that same year, when the Y Board voted to change its constitution, enabling women and girls to be included in its membership. The organization then became a family-centered YMCA.

In the following decades, Wausau’s Family Y greatly expanded its programs and services to the point where an expansion of the building was launched in 1978. Through all its decades of growth and progress, the Wausau Y has consistently been “an organization for everyone,” regardless of economic status, thanks to its generous scholarship program.

In 1990, a half-million dollar renovation program was completed to spruce up and improve the Y’s facilities, and in 1991, the Woodson YMCA celebrated its 100th year of serving people in the Wausau area. The Wellness Center space was added to the Wausau Branch in 1994

The Woodson YMCA’s services and programs continued to flourish, and on May 24, 2004, groundbreaking took place for the Woodson YMCA – Aspirus Branch in Weston. The building of this new $8 million, 78,000 square-foot branch facility was made possible through a generous lead donation by Wausau Aspirus Hospital and additional support from other area foundations, corporations, members and residents. The Woodson YMCA – Aspirus Branch opened its doors on February 26, 2005 with a week-long celebration and open house.

Our Y completed a $3 million expansion project in 2014, with the help of private donations. We added a modern looking ground-level entrance where members check-in, with access to drop-in Mini Care just beyond the main desk. Those who attend a class in our beautiful upstairs North Wellness Studio get to enjoy a panoramic view through our panel of windows. We added the perfect space for yoga classes, with our heated lower level Yoga Studio.

A bold vision for the transformation of the Woodson YMCA began in 2019 to improve the facility flow, provide more classrooms to serve the growing needs of child care, open The Landing, senior activity center, and expand a growing gymnastics program.

Today, with our flagship facility in downtown Wausau, our Aspirus YMCA Branch in Weston, and our YMCA satellite programs in Mosinee, the Woodson YMCA continues to be a positive influence in people’s lives and hopes to play an even more significant role in our community in the years ahead.